Elizabeth Edwards Departs at 61 of Cancer 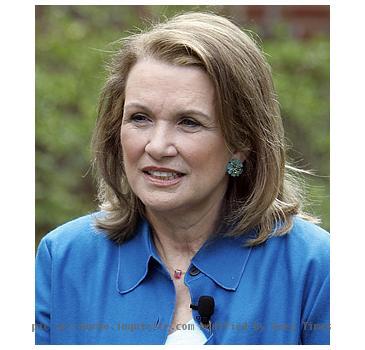 Her family remembers her, saying,

Today we have lost the comfort of Elizabeth’s presence but she remains the heart of this family, We love her and will never know anyone more inspiring or full of life.

Edwards was diagnosed having breast cancer in November 2004 but remained strong enough to go forward with her husband’s bid for the White House.

Either you push forward with the things that you were doing yesterday or you start dying, If I had given up everything that my life was about … I’d let cancer win before it needed to … Maybe eventually it will win, But I’d let it win before I needed to.

John Edwards had an extra-marital affair with former campaign videographer Rielle Hunter 2006 onwards but Elizabeth remained patient and firm not to let go of the news to the public, she told,

This was our private matter, and I frankly wanted it to be private because as painful as it was I did not want to have to play it out on a public stage as well

She used to recall the precious moments spent with her husband whenever she felt upset, she said,

It was just really sweet, I wasn’t used to men being sweet.

We pay our tributes and pray for her peaceful after-life.

Elizabeth Hurley Has Fan At Home

LONDON (GaeaTimes.com)- 'Bedazzled' star Elizabeth Hurley has revealed in her recent tweets that...

LONDON - Model-actress Elizabeth Hurley has a fan in her eight-year-old son Damian. His favourite fi...

WALES (GaeaTimes.com)- Congratulatory messages have been pouring in to the royal family of Engla...
Copyright© 2010 The Gaea Times