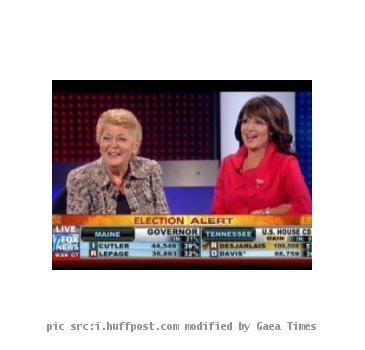 The two women, who run on a major party’s presidential ticket are both Fox News contributors.

At the end of the interview, Bret Baier asked them about the possibility of a female president.

Palin, at that moment sat straight in her chair, smiled and licked her lips.