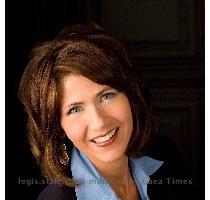 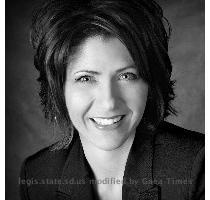 PIERRE, (GaeaTimes.com)- Kristi Noem, the nominee for South Dakota and the republican who is a member of the South Dakota House of Representatives, is all set to fight for another term for the next congressional election. She is competing against Herseth Sandlin, the Democrat, who has won 2006 and 2008 election by giving an easy defeat to two of her republican opponents. However, this time the ball seems to come to Kristi Noem’s court.

Kristi Noem knows that the competition will be quite cut throat for her, and therefore she is leaving no stone unturned to bag the final office. South Dakota media industry is one of the least expensive in the country. Despite that, the republican has collected a total fund of $1.1 million to lead a successful election campaign, which is more than double the amount collected by her opponent. She is making every use of the reasonable media expenses by launching amazing political campaigns on the television and radio, which makes her target audiences grasp the right messages. Her media campaign strategy is also very different from that of Herseth Sandlin. Where the latter is resorting more on accusations and criticism, Kristi Noem is focusing more on her plans that would lead to the welfare of South Dakota. Her campaign is oriented more on the public welfare than ideological differences of the various parties.

Kristi Noem is also making the campaign at the grass-root level by visiting the people and youth of her constitution. She even visited her school in south Dakota and also visited her home after really long, while returning from campaign at Rapid City.