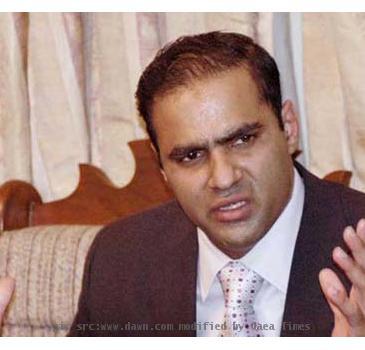 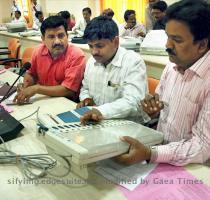 AHMEDABAD, (GaeaTimes.com)- The Congress, on Thursday took their wrath upon the Gujarat Chief Minister’s office as they said that the electronic voting machines (EVMs) in the Panchayat Election, monitored its tampering. The Congress, therefore asked the election commission to order a probe against Chief Minister Narendra Modi’s office.

Congress spokesman Mohan Prakash said that the Congress members is Gujarat have busted the machine magic of Narendra Modi. He claimed that it was being done from the Chief Minister’s office, and therefore they have appealed to Election Commission to investigate and probe the matter. Mohan Prakash released the copy of a letter written by Gujarat Congress general secretary Girish Parmar to the State Election Commission, that claimed to have noticed discrepancies in an electronic voting machine, during the panchayat polling of Baroda District. Mohan Prakash said that wherever the vote was being caste in that machine, it went to BJP. When the machine was brought to zero, only forty four votes were caste, however, it showed 110 votes, which went to BJP.

However, when the Government of India’s undertaking company Bharat Electronic Limited(BEL), who manufactured the voting machine was questioned by the Congress, they explained to the Gujarat State Election Commission through a letter that what ever happened what remotely possible. They said that when a vote is caste, it can never go to any other candidate on an EVM. The only error that might be possible, in the rarest of the rare case is, when a key corresponding to the desired candidate is pressed, the light may not flash. It might also be possible that the lights corresponding to the keys of the other candidates may lit up due to certain technical problems. However, in all cases, the vote would definitely go to the desired candidate of the voter. Therefore BEL is not at fault.