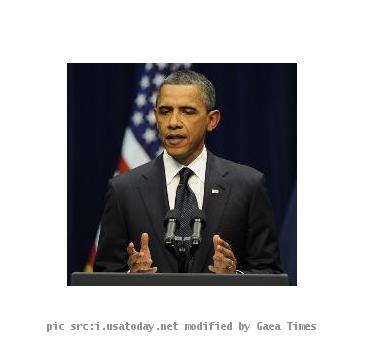 TUCSON (GaeaTimes.com)- The city of Tucson which is still grappling with the violent incident that it witnessed on Saturday, remembered the victims of the outrageous shooting incident through a special memorial service which was attended by U.S. President Barack Obama. During his speech at the Tucson memorial on Wednesday night, the U.S. President made an appeal to a divided country to come together at this moment of crisis for the six Americans who were tragically killed during Saturday’s shooting rampage. Thousands of people graced the memorial service that was held last night at the University of Arizona convention hall to honor the innocent lives that were lost in the shooting incident while many were left injured, which included Congresswoman Gabrielle Giffords.

The large number of crowds gathered at the Tucson memorial service were left speechless when President Barack Obama divulged that U.S. Representative Gabrielle Giffords opened her eyes for the very first time since the attack when the U.S. President visited her at the medical facility along with his wife, Michelle Obama. During most of his speech, President Barack Obama mourned the demise of the six innocent people while also hailing the heroes who emerged in the wake of the tragedy.

One of the most touching parts of President Barack Obama’s speech in Tucson was the segment where he remembers the youngest victim of the attack, nine-year-old Christina Taylor Green. The U.S. President went on to describe the nine-year-old as a child who was ‘just becoming aware of our democracy’ and aspired to be like the congresswoman who was critically injured in the attack. “I want us to live up to her expectations,” President Barack Obama added.