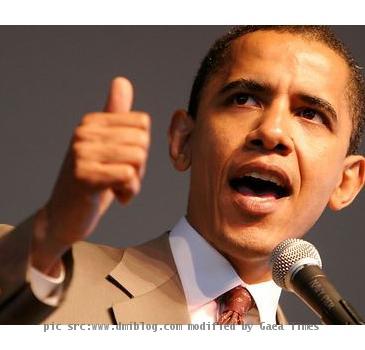 WASHINGTON (GaeaTimes.com)- US President Barack Obama has strongly supported the recent “Don’t Ask Don’t Tell” (DADT) repeal. The US Senators voted on Saturday to dismiss the 17 year long ban on lesbians and gays on US military troops. The Senators won in a majority of 65-31 and this marked the end nearly two decades long era of inequality on the basis of sexual orientation. However, the US Defense secretary said that the policy now will have to be approved and signed by him, the president and also the chairman of the joint chiefs of staff to come into affect.

President Barack Obama took to his social networking site to express his support and he stated that the “DADT” repeal is like a boon to the US military and American people. The President also stated that the patriotic Americans would no longer have to live a fake life in order to serve their own country they love. President Barack Obama stated in his official statement that with the end of “DADT” repeal, the thousands of patriotic Americans will no longer have to leave their job in-spite of their outstanding performances owing to their sexual preferences.

President Barack Obama’s statement also read that now it is the time to recognize the integrity, valor and sacrifice of the military troops who would not be judged by their sexual orientation, caste, creed, religion or gender. The President also said that the lesbian and gay Americans can now serve their country equally. Robert Gates, in the press conference said that once the President and other important members sign this “DADT” repeal then the military officials would take action to make necessary changes in the administration of US troops.