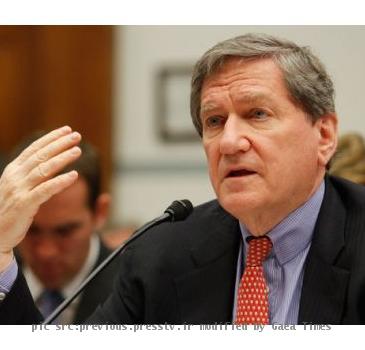 WASHINGTON (GaeaTimes.com)- The U.S. special representative for Afghanistan and Pakistan, Richard Holbrooke is presently in a critical condition after a major heart surgery. The State Department’s spokesman Philip J. Crowley said that he was working at Secretary of State Hillary Clinton’s office in the morning and then he was taken to George Washington University Hospital in Washington, D.C after he fell ill. However, Philip J. Crowley informed that the doctors completed the operation on Saturday morning and he is in a critical condition now.

Philip J. Crowley also announced that Richard Holbrooke is presently joined by his family. Even Hillary Clinton visited him on Saturday. US President Barack Obama said that he and his wife are praying for his quick recovery. The U.S. President described Richard Holbrooke as “a towering figure” of United States’ foreign policy. President Barack Obama said that the Special Representative has won the admiration of the American people and all from people all around the world with his dedication and efforts.

President Barack Obama’s statement also read that National Security Adviser Tom Donilon, Chairman of the Joint Chiefs of Staff Michael Mullen, Secretary of States Hillary Clinton and other members of his office have visited him at the hospital. The statement added that everybody is praying for Richard Holbrooke’s recovery. The President also mentioned that his office would be there with Richard Holbrooke’s family in their difficult times. Richard Holbrooke was expected to attend President Barack Obama’s Afghanistan review on Thursday. The US envoy was named as “The Bulldozer” for his wonderful negotiating skills and he played a major role in brining an end to the war in Bosnia in 1995.