Poll: 84 Percent Democrats back the extension of unemployment benefits 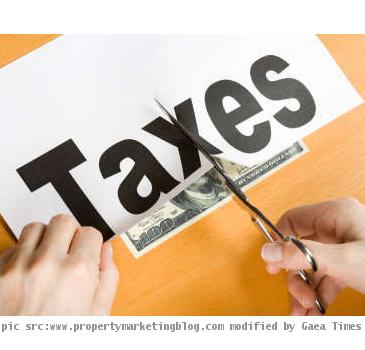 WASHINGTON (GaeaTimes.com) — With the anarchy prevailing regarding the temporary extension of the tax cut bills by President Obama yet another poll has been conducted and the results are positive than earlier.

Well, as the present scenario is, it happens that a strong count of two-thirds of Americans support the deal between President Barack Obama and congressional Republicans to temporarily extend tax cuts for all Americans.

But, what lies beneath is the news, that a majority of the public is not in favor of the extension of the Bush-era tax cuts for the wealthiest Americans.

The latest Gallup poll was released on Wednesday and its results are somewhat like this,

A count of 66 percent say they support the extension for all Americans, including families making over $250,000 per year. Another equivalent mass say they approve of the temporary extension of unemployment benefits for the long-term unemployed, which was part of the deal between the president and Republican leaders in Congress.

The poll, which was conducted during the tax cut negotiations, indicates a partisan divide, with 85 percent of Republicans questioned in the survey supporting the temporary tax cut extensions. That number drops to 67 percent of independent voters, 52 percent for Democrats and 39 percent for self described liberal Democrats.

Another 71 percent for independents with a lower count of 43 percent for Republicans questioned in the poll, the Demacrats though had topped with 84 percent.

Gallup also has figured out that their new survey differs slightly from their poll in November that indicated that four in ten favored extending tax cuts for all Americans, with 44 percent supporting the extension but with limits on extensions for the wealthy, and 13 percent calling for the cuts to expire at the end of the year.

Nevertheless, the results of the new question suggest that, while the compromise position on taxes may not be their ideal, most Americans would support congressional passage of it

If the results of the survey are counted upon, 19 percent say they favor extending the cuts for all Americans, 16 percent saying tax cuts should be permanently extended for families making under $250,000 per year and should be extended temporarily for two years for those above that threshold, 34 percent favoring that the tax cuts should be made permanent for those families earning less than $250,000 a year but no extension for higher wage earners, and 27 percent calling for all tax cuts to sunset.

PATNA - Even as exit polls predict a clean sweep for the Janata Dal(U)-Bharatiya Janata Party combin...