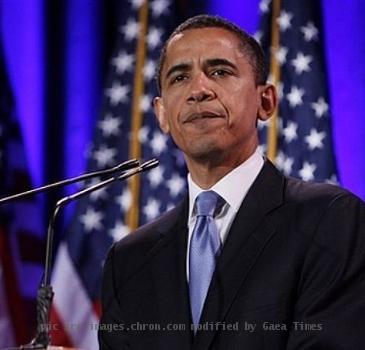 WASHINGTON (GaeaTimes.com) — The good news is that the President secured a two year extension on the tax cuts for “middle-class” but the other side of the story reads that the high earners also gets access to the same benefits.

I disagree that we didn’t get anything — we got screwed..

I honor the president for wanting to try to solve these problems, and I’m not saying that you never compromise, This is Washington. That’s how laws get passed. But he and his team just don’t seem to be any good at it, and that’s a real problem for a lot of Democrats.

As the news spread their were mixed views and responses regarding the decision that Mr. Obama took.

Axelrod though seemed to lend Obama a supportive shoulder and called the proposal “a good deal,” According to him, there is the “need to focus on what’s good for the country, what’s good for the American people.” His views are that, in a situation where no bills would have been passed “taxes would go up, people would lose their unemployment insurance and the economy would suffer.”

The most important thing we can do to get our deficit down is to have robust economic growth, Every economist who has looked at this said this would be a real shot for economic growth.

NEW YORK - Naomi Campbell's former agent has claimed having evidence to prove that the supermode...

NEW YORK - It looks like all is not well between Hollywood couple Ryan Reynolds and Scarlett Johanss...

Tony Parker was not blindsided when Eva Longoria filed for divorce

WASHINGTON - NBA star Tony Parker has revealed that he was not blindsided when wife Eva Longoria fil...

Sex with David Arquette was 'quick and painless', says ex-mistress

Crying Anne Hathaway storms out of her b'day dinner

NEW YORK - Anne Hathaway reportedly walked out of her birthday dinner with her parents and beau, A...

Tyson considers a move into the restaurant business