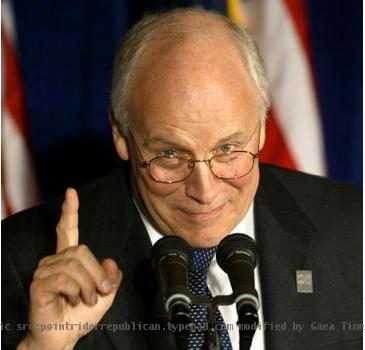 LAGOS, NIGERIA (GaeaTimes.com) — The U.S. Vice President Dick Cheney and others connected to the energy services company Halliburton have been accused by Nigerian investigators of paying bribes to secure a lucrative natural gas project in the 1990s.

According to Femi Babafemi, a spokesman for the country’s Economic and Financial Crimes Commission, Cheney accompanied by nine other names have been allegedly charged with offences that include “conspiracy and distribution of gratification to public officials.”

This matter involves the activities of an international four-company joint venture (which included KBR, then a subsidiary of Halliburton) well over a decade ago, The Department of Justice and the Securities and Exchange Commission investigated that joint venture extensively and found no suggestion of any impropriety by Dick Cheney in his role of CEO of Halliburton.

Reportedly, this is the continuation of a long running case that involves bribes allegedly paid to Nigerian officials to secure $6 billion worth of contracts for a liquefied natural gas project in the Niger Delta. According to sources, the bribes amounted to $180 million between 1994 and 2004.

LONDON - A study has suggested that Internet chatrooms and social networking sites are to be blamed ...

LONDON - A man has come forward to claim that songs he recorded mimicking Michael Jackson are now be...

ABU DHABI - President Pratibha Devisingh Patil, who is on her maiden visit to the Gulf region, inaug...
Copyright© 2010 The Gaea Times