Faces Behind the WikiLeaks Revealed 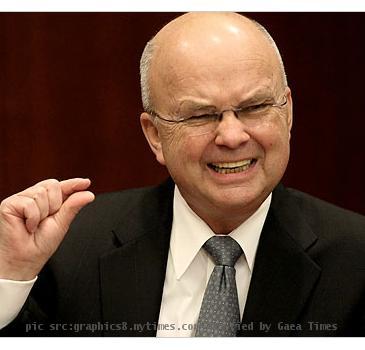 WASHINGTON (GaeaTimes.com) — The remnants of the “Wiki Dump III,” seem to be settling down slowly. But the question remains as to who is/are responsible for what actually happened.

We came across the opinions of Gen. Michael V. Hayden on this ground. He served as CIA Director from 2006 to 2009 and was appointed by former President George W. Bush. He also held his office as the director of the National Security Agency.

Well, according to him,

It will cost us cooperation with potential partners. How much purchase will any future American promise of confidentiality or discretion have for someone who might consider cooperating with us?

It will set back the kind of information sharing that has actually made us safer since 9/11.

SIPRNET, the Department of Defense network from which these documents were stolen, has a vast array of data available to hundreds of thousands of subscribers. We will now conclude that this is too much information and too many people, and we will once again be trading off potential physical safety for information security.

Most perversely, this dump will actually make the historical record less complete. Diplomatic cables of the type now being released illegally are routinely made public over the course of time. With their private thoughts now prematurely and thus harmfully on public display, diplomats and other reporters will pull their punches. The good stuff — the trenchant observation or edgy judgment — will be reserved for phone calls or face-to-face meetings and thus be denied to future historians.

Who bears responsibility for this? The prime culprits are clear.

There is, of course, the original leaker of the data. Then there is Julian Assange, whom I have described previously as “a dangerous combination of arrogance and incompetence.” Listing global infrastructure sites that are critical and vulnerable is not transparency; it is perfidy.

But beyond these obvious criminals, there are others who, maliciously or not, have helped create the conditions for this.

I would include Amazon.com, which appeared to have been quite content to host the Wiki data on its servers until its cooperation was outed by a staffer to Sen. Joe Lieberman. The earlier decision to facilitate public access to American secrets and stolen property does not strike me as a particularly ambiguous situation or a close ethical call.

I would also include the Obama administration, at least partially and indirectly. Although the actual response to the leak has been criticized as a bit tepid and tardy, the White House clearly understands the damage being done.

But it was the Obama campaign that made a fetish of openness and transparency, and both the candidate and Harold Koh (then dean of the Yale Law School and now the top lawyer at the State Department) railed against the allegedly excessive secrecy of the Bush administration.

When President Obama decided to make public the details of a covert action of his predecessor — the CIA interrogation program — his spokesman defended the move as part of the president’s standing commitment to transparency. Things may look different now, but actions and rhetoric have consequences.

And I would especially include the one U.S. news organization that has aggressively maneuvered to have early access to the Wiki dumps — The New York Times. The Times could have said no to partnering with Assange. But the Times decided instead to attach what exists of its prestige to Assange’s piratical enterprise, even though it had to obtain this latest WikiLeaks dump through a third party.

The newspaper highlighted the disclosures so that they got the widest possible global coverage and then attempted to legitimate the whole affair.

In a self-justifying letter to its readers, the Times admitted that these cables were “intended for the eyes of senior policy makers in Washington” but that their revelation “served an important public interest.”

Of course, the Times could argue that the documents were going to be posted on the web and that other media organizations (in Europe) had advance access and would be writing commentary on the disclosures. But on reflection, that sounds a bit like the journalistic equivalent of a teenager’s lame justification to his parents that “everybody’s doing it.” The Times consciously decided to participate in, legitimize and facilitate the effort.

Like all things, this will pass. National attention will move on.

Those military and civilian professionals whose correspondence and reporting have been made public will continue to soldier on. But their task has been made more difficult.

And when bad things happen because their task is now harder, will those who claimed they were “serving an important public interest” by facilitating and justifying this release step up and shoulder responsibility?

I doubt it, but they will talk about the “failure” of those professionals whom they have just hobbled.

BRISBANE - England off-spinner Graeme Swann has said that he is absolutely clear and deadly s...

Expelled La Martiniere student yet to be re-admitted

KOLKATA - A Class 4 student expelled from the La Martiniere for Boys school for not complying with h...

WASHINGTON - A new study has suggested that late-preterm babies, those born between 34 and 36 weeks,...

LONDON - A German couple have landed in legal trouble after their bed made too much noise while they...