WikiLeaks Intimation Given To India 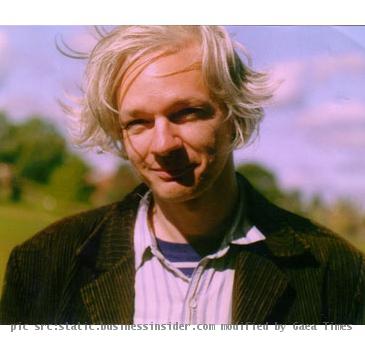 NEW DELHI, INDIA (GaeaTimes.com)- The Pentagon and US government are getting sleepless nights ever since WikiLeaks, the whistle blower web site’s founder Julian Assange has declared that a huge set of sensitive documents containing U.S. diplomatic cables will be made available soon. This can definitely make the US government red faced. In fact, this is not going to the first time that Pentagon is getting worried because of the leakage of sensitive documents by WikiLeaks. To counter the possible embarrassment in the international community, U.S. has started informing the countries that are its allies about the impending leak. It does not want its diplomatic relations with these countries to get affected by the hitherto unknown secrets that WikiLeaks threatens to bring out in the open. India which got a visit from U.S. President Barack Obama a few weeks back, has been informed about the possibility.

India has been informed by US officials that three million high priority U.S. diplomatic cables could be released anytime now by WikiLeaks. The Indian Embassy in Washington was informed and Foreign Secretary Nirupama Rao was approached by U.S. Since she is in Sri Lanka, now the message has been sent to the embassy. However, India is not the sole country that has been alerted by the USA in this context.

The WikiLeaks documents will be published online shortly as it has been conveyed to India and other U.S. allies. The earlier documents and media footages released by the whistle blower site has already put U.S. under the scanner. The Iraq and Afghanistan war related documents were less in number but the upcoming leakage will be massive, fears the Pentagon.