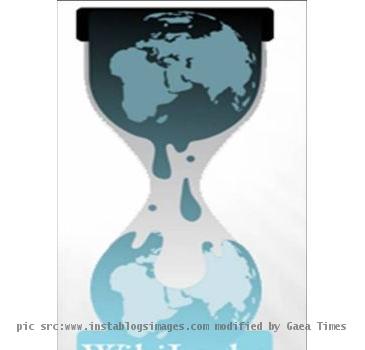 WASHINGTON DC (GaeaTimes.com) — The editor of WikiLeaks has come under a lot of criticism. In an interview with a German Newsweekly Der Spiegel he said he loved “crushing bastards”.

Now one might suggest that the “bastards” he was referring to is actually the Afgan civilians named in the 92,000 of the leaked military documents. Afgan President Hamid Karzai condemned the actions of the website. He termed their action as “extremely irresponsible and shocking”. According to WikiLeaks, about 15,000 sensitive documents that reveal the names of Afgan civilians who provided the NATO forces with intelligence .

The British newspaper “The Times” claimed that they could trace almost dozens of civilians from the leaked documents. The ethics of the Website has come under questions. People are concerned that the process by which WikiLeaks is acquiring sensitive may pose a serious threat for many countries. The former CIA Head, the document could be used by Russia to find out USA’s war time strategies and their weaknesses.