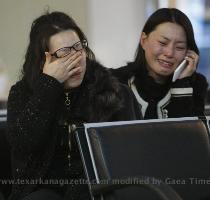 In his first television address to the nation, South Korean President Lee Myung-bak reiterated that he could not but express anger that the show of sheer brutality of the part of North Korea while adding that the nation would have to pay the price for such an inhumane act. At the same time, the South Korean leader also emphasized that with last week’s attack, the people of the nation have now realized that showing tolerance or patience would only result in more provocative acts from the rival country.

President Lee Myung-bak also hinted that if North Korea continues to indulge in acts of provocation then the rival nation would also answer back with the same vengeance. Although heated exchanges in the border regions of the two nations is not uncommon, for the first time during last week’s attack, a residential island was targeted.