North Korea: The ‘Most dangerous spot on Earth’ 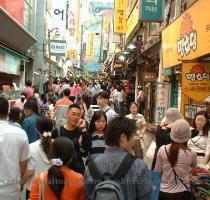 Here is a glimpse of what he saw over there. Blister reported almost every details as to what he saw and learnt in his Korean trip.

Well, as it is the Korean Peninsula happens to be a tinderbox and so it should be noted that one miscalculation can quickly lead to all-out war and hundreds of thousands of military and civilian casualties on both sides.

Blitzer spoke his heart out in his report and stated that,

I believe this is the most dangerous spot on Earth right now.

I think it’s fair to say we all had an eye-opening experience. It was a roller coaster of emotions — ranging from real fear of war on the Korean Peninsula to relief that the North had stepped back from the brink and even accepted some of Richardson’s proposals.

THIRUVANANTHAPURAM - Animation major Toonz Tuesday announced that it has set up its new production u...
Copyright© 2010 The Gaea Times