Meera Shankar Patted Down By TSA 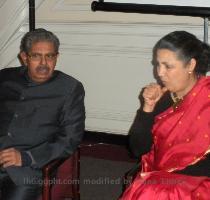 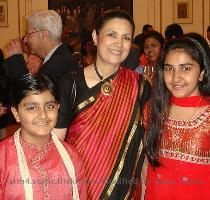 WASHINGTON (GaeaTimes.com)- Indian Ambassador to the US Meera Shankar was patted down by TSA agents on her way to Baltimore on December 4. The incident has garnered huge media attention and the latest reports indicate that the Ministry of External Affairs will shoot a strong mail to the US State Department. Reports indicate that Meera Shankar was singled out by the TSA staff because of her attire. The Indian Ambassador was clad in a sari and in spite of presenting the TSA officials with documents that proved her designation, she was asked for a pat down from a female TSA official.

Witnesses who saw the screening process of Meera Shankar said that she was noticed for her sari and pulled out of the line. She was also taken to the VIP room in spite of her providing all the documents to the TSA and being escorted by a Mississippi Development Authority representative. Sources from inside the ministry said that the matter has not been taken lightly by the Indian government.

American Ambassadors to India enjoy complete immunity from searches and the Indian government expects the same from the TSA. This is the second time that a member of the Indian administration has had to undergo the pat down by the TSA. Earlier, Praful Patel, the Civil Aviation Minister of India had to undergo a similar procedure in Chicago. The insiders said that the Indian government took the less seriously as the minister was on a private trip to the US. The spokesperson for TSA told the media, after the Meera Shankar pat down became news, that diplomats are not exempt from the searches and all the policies and regulations of the TSA were followed.

WASHINGTON - India-US cooperation in the field of education is poised for major expansion with India...

NEW DELHI - A cursory glance showed up five mangled bodies, hanging out from under the mounds of rub...

NEW DELHI - With camel-mounted bands on either side and another playing on the terrace, what was ini...

MUMBAI - It was a swinging start to the day for the Obamas Sunday with both the president and his wi...
Copyright© 2010 The Gaea Times