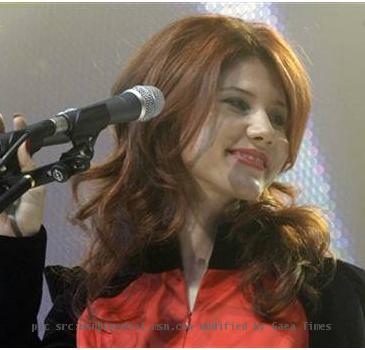 MOSCOW, RUSSIA (GaeaTimes.com)- Former Russian spy Anna Chapman made her official entry into the political arena of her country on Wednesday when she joined the youth wing of Vladimir Putin’s United Russian party. As United Russian party gears up for the parliamentary elections scheduled to take place next year, many political experts have reiterated that the addition of the 28-year-old ex-spy into the Youth Guard, the youth wing of the party, is nothing but an attempt to lure the young brigade of the nation with the glitz and glamor that is known to have been associated with Anna Chapman who was deported by United States in July this year.

After her addition into the Public Council, Anna Chapman gave a speech that many of her critics felt was befitting to a beauty pageant rather than a political platform. Adorning a red and black dress, the former Russian spy said, ‘Let’s start to change the country with ourselves,’ while also going on urge everyone to, ‘Be Happy!’ However, after the meeting concluded, Anna Chapman declined to talk to the journalist who had gathered at the event about her new political move and left under high security.

In the meanwhile, sources close to the Young Guards also did not divulge much about her responsibilities in the organization although some of the leaders went on to describe the former spy as ‘the heroine of her generation’ as well as ‘an example of unconditional patriotism.’ Anna Chapman was one of the ten people who were taken into custody by United States authorities in June on suspicion of being associated with espionage ring spying for Russia.

This dress up styled game is all about the Anime style. Putting together the right items will make o...

LONDON - Rumours that Anna Kournikova has secretly married Enrique Iglesias were fuelled, after the ...

WASHINGTON - 'True Blood' star Anna Paquin has confessed that she shops online even in the middle...

KIEV - Julia Shykova, a young Ukrainian woman who has already been to Mumbai as a model, has got a c...

Raja should be arrested, say Jayalalithaa