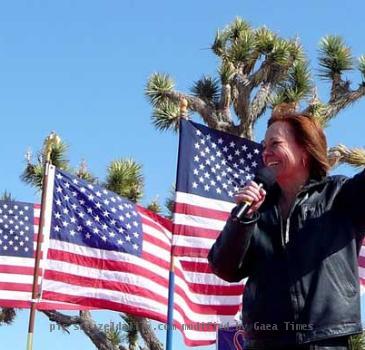 RENO (Gaea Times.com) Bill Raggio, a Republican has decided to support democrat Harry Reid, in the race for senate Nevada, and endorse his campaign. He strongly criticized the Republican nominee Sharron Angle and described her as “ineffective” four term assembly woman with the “inability or unwillingness” to work with others. The Nevada state senator further stated that Harry Reid was the only candidate who worked for his endorsement. In his statements on Sharron Angle, Bill Raggio stated that he has not forgotten the negative behavior of Sharron Angle, two years back when she challenged him in a primary and lost, he also cannot except her extreme and radical viewpoints.

Sharron Angle has refrained from commenting on the issue so far, she has not reacted to her opponent being funded by him. While Harry Reid said, that it was the first time that Bill Raggio has funded a democrat candidate in a major race. He said that he respects the Senator for his services to the state and his commitment to public service. The incident portrays Bill Raggio’s fierce advocacy for North Nevada and his willingness to get things done irrespective of which party comes to power, concluded Harry Reid.

Sharron Angle is often criticized for her extreme views. Last week in a rally held in Mesquite, Sharron Angle said that Sharia or the Islamic Law was taking hold in some American cities. She said that it was a militant terrorist situation which despite not being widespread is serious enough for them to address. This was the latest in a long list of controversial remarks made by Sharron Angle.