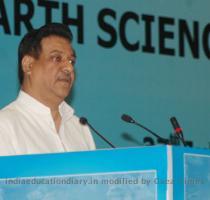 Though there were other contenders for the post of Maharashtra CM following the resignation of Ashok Chavan, Prithviraj Chavan led the race from the very beginning. The media had reported days before the formal announcement that the Minister of State in the Prime Minister’s office will bag the coveted post. Prithviraj Chavan said, after the announcement of him becoming the Chief Minister of Maharashtra, that he accepts the post with humility. He also said that he will try to take everybody with him. He explained that the Congress leadership and the Maharashtra MLAs had handed him the responsibility of heading the government in Maharashtra at a crucial juncture.

Prithviraj Chavan also said that he will look for the support of all his colleagues and will try to give his best to be the leader of the state. Opposition Chief Eknath Khadse said that the first challenge for Prithviraj Chavan was to manage his own alliances. He said that there was a lot of factionalism in the Congress which the new CM will have to cope with. Sharad Pawar also spoke about the newly appointed CM and said that he was a good, sober man and he hopes that he will do good work.