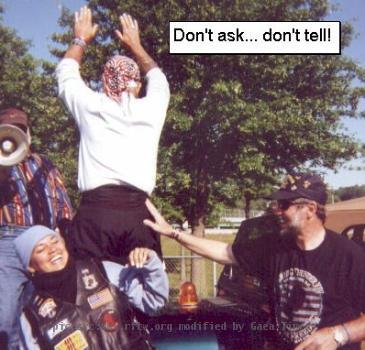 WASHINGTON (GaeaTimes.com) — The highly controversial “don’t ask, don’t tell” policy, has finally been voted by the Congress but it being a potentially lengthy process will take at least a few months for the historic change to take place.

Reportedly, President Barack Obama will sign the repeal on Wednesday morning. After that the military officials will do further examinations on the subject. Finally, President Obama, Defense Secretary Robert Gates and Joint Chiefs Chairman Adm. Mike Mullen will each have to certify that the repeal can move ahead without negatively affecting unit cohesion and military readiness.

No matter what the gay and lesbian community won’t get the same set of benefits as enjoyed by their heterosexual counter-part largely because of the federal Defense of Marriage Act.

Well, as of the opposition, a recent study conducted by Pentagon drew conclusion that, allowing openly gay or lesbian troops to serve in the military would have little lasting impact on the U.S. armed forces.