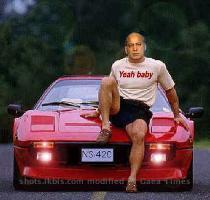 ISLAMABAD — A parliamentary committee agreed on a constitutional amendment Wednesday that strips the Pakistani president of powers inherited from the country’s former military ruler, fulfilling a long-standing opposition demand and reducing pressure on the U.S.-allied leader.

The development could help calm Pakistan’s turbulent political environment at time when Washington wants the government focused on battling Taliban and al-Qaida militants blamed for cross-border attacks against U.S. and NATO troops in Afghanistan.

“This was a difficult job that has been done amicably and with consensus,” Senator Raza Rabbani, the head of the parliamentary committee, told reporters Wednesday.

The draft amendment transfers a variety of powers, including the ability to fire an elected government and appoint military chiefs, from the office of the president to the prime minister, said Senator Hasil Baloch, another member of the committee.

The opposition has criticized President Asif Ali Zardari for dragging his feet on relinquishing the powers, which he first promised to do when he was elected in 2008.

Analysts say the changes mean Zardari will occupy a largely ceremonial post, but since he derives much of his power from his position as co-head of the largest party, he will still wield significant influence over the government.

Furthermore, Prime Minister Yousaf Raza Gilani is a loyal member of Zardari’s party and a strong supporter of the president.

“By and large, Gilani will hold the power, and he holds his position because he is the chosen one of Zardari,” said Cyril Almeida, an opinion writer for the respected English-language newspaper, Dawn. “It is hard to imagine given the structure of political parties in Pakistan that Gilani will defy the president.”

The constitutional amendment was drafted by a committee made up of representatives from every party in parliament and must be approved by two-thirds of parliament to be ratified.

The committee was expected to finalize the draft amendment last week, but opposition leader Nawaz Sharif raised unexpected objections at the last minute on two issues, including the process by which judges for the high courts are chosen and the new name for one of Pakistan’s four provinces.

The various sides resolved their differences Wednesday, paving the way for the amendment to be presented before parliament.

“We succeeded in protecting the independence of the judiciary,” said Ahsan Iqbal, a member the committee and the leader of Sharif’s party in parliament.

One key provision included in the amendment pushed by Sharif was the removal of a ban on prime ministers serving for more than two terms, said committee member Baloch. Sharif served twice as premier in the 1990s and is eager to take up the job for a third time if his party can win the next set of national elections scheduled for 2013.

Sharif, who heads the second largest party, was the most vocal figure calling for Zardari to relinquish the powers he inherited from former President Gen. Pervez Musharraf. The president’s acquiesce could improve relations between the two and ease up a political system that is often gridlocked by power struggles between the two main parties.

“It is a great gift for democracy and the people of Pakistan,” said presidential spokeswoman Farahnaz Ispahani.

Zardari has also been under pressure from a Supreme Court decision in December to revoke a blanket amnesty that protected him and many other politicians, party members and bureaucrats from corruption charges filed in the 1990s.

That pressure also eased Wednesday when Switzerland said it will not reopen a money-laundering case against Zardari as long as he enjoys legal immunity as president. The announcement marks the latest development in a monthslong struggle between the government and the court.

“We could go further only if the competent authorities in Pakistan decide to lift the immunity of the head of state, which I do not know whether it is possible according to their constitution,” Geneva prosecutor Daniel Zappelli told The Associated Press, speaking in English. “If not, we can’t. Absolutely not. Period.”

Zardari and his late wife Benazir Bhutto were found guilty in absentia in a Geneva court in 2003 of laundering millions of Swiss francs (dollars). They were handed six-month sentences and fined, but both punishments were automatically suspended when they appealed.

Swiss authorities abandoned the case in 2008 after the Pakistani government asked them to. The case was among the thousands dropped as a result of the controversial amnesty that was part of a power-sharing deal that allowed Bhutto to return from exile and contest elections.

Bhutto was killed in a December 2007 gun and suicide bomb attack and Zardari was designated her political successor. He became president after his party won parliamentary elections and forced Musharraf to resign.

He has struggled to make much of a dent in the country’s myriad problems, but his government has been praised of late in the West for battling the Taliban in northwestern border regions.

Earlier Wednesday, six soldiers and 20 Taliban militants were killed when troops repulsed an attack by dozens of insurgents on a checkpoint close to the Afghan border, a statement from Pakistan’s paramilitary Frontier Corps said.

Also Wednesday, at least six alleged insurgents were killed by suspected U.S. missiles in Pakistan’s volatile North Waziristan tribal area, said two Pakistani intelligence officials, speaking on condition of anonymity because they were not authorized to talk to the media.

TORONTO - An Indo-Canadian deputy minister in Alberta province was Monday thrown out of his party f...

NEW DELHI - Both Houses of Parliament were adjourned till noon within minutes of opening amid an Op...

NEW DELHI - Both houses of parliament were Tuesday again adjourned for the day as the opposition con...

NEW DELHI - Both houses of parliament were Tuesday adjourned till noon as opposition MPs persisted w...