Dick Cheney On “The Today Show” 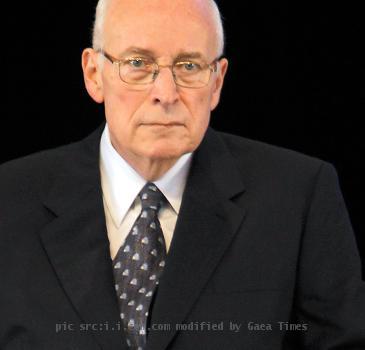 WASHINGTON (GaeaTimes.com)- Dick Cheney, the former Vice President of United States, who is again back to the public eye after his heart surgery appeared on NBC’s “The Today Show” show on Tuesday. The former Vice President gave an exclusive interview, where he spoke about the present political condition, criticized President Barack Obama’s administration and at the same time mentioned about his heart surgery. When the host asked him about the possibility of his heart transplant, Dick Cheney said that he has not made any decision as yet.

Now, zoom around in a $100K Jetsons-like jetpack of your own!

WASHINGTON - Conventional air carriers may soon become a thing of the past, for now you can buy your...

GUANGZHOU - Two silvers came India's way in rowing and a bronze in shooting at the Asian Games Thurs...

GUANGZHOU - Indian men and women moved into the quarterfinals of the squash singles at the Asian Ga...