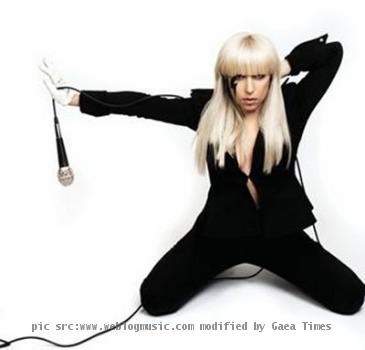 WASHINGTON (GaeaTimes.com)- The whole entertainment industry of United States seems to be in favor of “Don’t Ask Don’t Tell” repeal. On Saturday, the Democrats and Republicans voted in favor of “DADT” repeal and won the majority vote and as a result, 17 year long ban on gay and lesbians to serve their nation in the US military is now abolished. Celebrities like Lady Gaga, Katy Perry, Ricky Martin, Ellen DeGeneres, Kelly Osbourne and many other veteran entertainers took to their respective social networking sites to express their joy and celebrate the repeal.

Senate Majority Leader Harry Reid reportedly sent Lady Gaga a message informing about the legislative repeal of “Don’t Ask Don’t Tell” law. The “Poker Face” singer expressed her happiness and wrote in the homepage of her social networking site that she is unable to hold back her tears and she feels proud that after 17 years, the gender equality is restored. The singer stated that she is proud to be an American. Ellen DeGeneres also took to Twitter to express her happiness and thank everyone to create this historical moment. Kathy Griffin expressed her excitement and wrote that she feels finally America is closer to equality.

Gorgeous singer Katy Perry also took to the homepage of her social networking site to congratulate everyone at “Don’t Ask Don’t Tell” repeal. For actor Neil Patrick Harris, this step is one step closer to equality. Danny DeVito, actor and director also congratulated President Barack Obama and all the senators who voted in favor of “DADT” repeal. However, while on one hand everybody is supporting the repeal Senator John McCain has, reportedly, criticized the whole movement and said that America is doing a great damage to the nation by passing this legislation.