Palin’s ‘America by Heart’ Intentions Doubted By Many 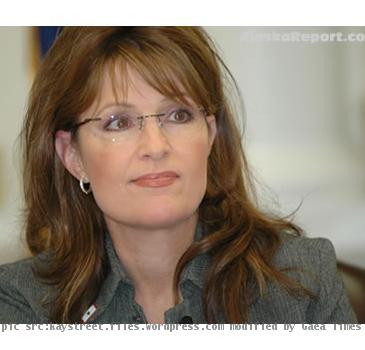 It is certainly surprising if someone is planning to run for president that they wouldn’t be engaging with traditional caucus activists.

Some opine on the fact that Palin being already a well-famed persona doesn’t require to put much additional efforts on such issues. Palin herself hasn’t made any comments herself and when questioned replied that she isn’t firm on any decisions till now. Presently, she is heading back to Iowa on Thursday for her second book signing in the key political state within a week. Also, she will be seen at a Walmart Super Center in Spirit Lake, where she is supposed to autograph copies of her new book “America by Heart”.

She is able through social media to communicate with core supporters.

Though her book stops may not be related politically but they do help her connect with the mass.

As of now Palin seems more focused on selling her books and is said to have raised ‘$460,000 between October 13 and November 22, bringing its total to over $3 million’ with another 5,000 copies bought by PAC.

Goldford, who happens to be the co-author of the book “The Iowa Precinct Caucuses: The Making of a Media Event”, said,

Part of her attractiveness to her core supporters is that she is totally unconventional, She is keeping her field watered and weeded and fertilized, but she hasn’t decided whether to plant anything.