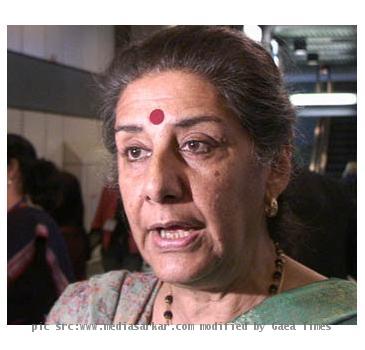 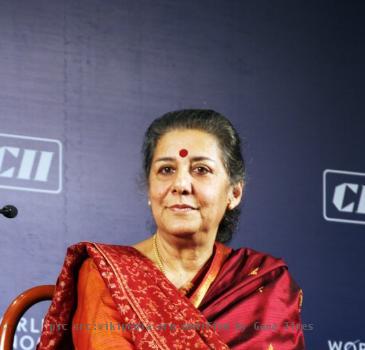 NEW DELHI - Apprehending that the Ayodhya verdict Sep 24 could spark trouble, the government Thursday appealed to people to maintain calm when the judiciary rules on the dragging dispute. It also said if any party was not satisfied with the outcome legal remedies are available.

It appealed that there should not be any attempt by any section to provoke or indulge in any activity to hurt the sentiments of people and the judgment should be “seen in its proper perspective as a path of judicial process”.

A three-judge special bench of the Allahabad High Court is scheduled to pronounce the verdict in the 51-year-old legal dispute Sep 24.

“It is important for all to ensure that the highest traditions of Indian culture and respect for all religions is fully maintained,” Soni told reporters, adding that it was the “outcome of a long judicial process.”

Soni sought to underline that the Sep 24 verdict, irrespective of how it went, would not be the last word on the issue.

She said the judgment was the “outcome of a long judicial process. It goes without saying that it needs to be treated with utmost respect”.

“The determination on the issues need not necessarily end with this judgment unless it is accepted by all parties. In case any of the parties feels that further judicial consideration is required, there are legal remedies available which can be resorted to.

“Keeping this in mind, it is necessary for all sections of the people of India to maintain tranquility in the aftermath of the judgment.”

Soni said that India is firmly and resolutely on the path of inclusive growth. “This is recognized all over the world. Nothing must be said or done and nothing must happen that they cause us to deviate from our goals and our objectives,” she cautioned.

The appeal came even as the Uttar Pradesh government mobilised thousands of paramilitary forces to tackle any negative fallout of the ruling, which may go in favour of the Hindu or Muslim parties.

The dispute seeks to decide the ownership of the land where the Babri mosque was built in the 16th century. The mosque was razed by Hindu mobs Dec 6, 1992, claiming that it stood at the birthsite of Hindu god Ram. The mosque demolition triggered widespread communal violence that left thousands dead across the country.

The Lucknow bench of the Allahabad High Court Monday called upon the rival parties to explore the possibility of a last-minute amicable settlement of the dispute, on an application moved by a senior advocate.

The Rashtriya Swayamsevak Sangh (RSS) Tuesday said its response to the court verdict on the Ram Janmabhoomi-Babri Masjid dispute would be “democratic” and “within the law”.

“A Ram temple at Ramjanmabhoomi is the wish of any Hindu. And so is our wish. But we await the court verdict and the response will be democratic and within the law,” RSS ’sarsanghachalak’ Mohan Rao Bhagwat had said in the national capital Tuesday.

However, not taking any chances, the government will also be releasing advertisements in major newspapers appealing to people to maintain peace, sources said.

The Babri mosque razing, blamed on the Vishwa Hindu Parishad (VHP) and allied groups, triggered the worst communal violence since the country won independence in 1947.