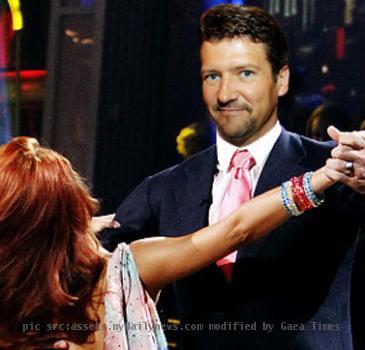 WASHINGTON (GaeaTimes.com) — The producers are on their way to get Todd Palin join the crew for the next season of the ratings powerhouse TV show “Dancing with the Stars.”

Now, what Sarah has to say about this? Well, she hasn’t twitted yet, but we are expecting something anytime soon.

Is it that Politics is always something serious? No, I guess not.

As it seems they are also eying on another politician’s relative - John McCain’s daughter Meghan.

As a matter of fact the new spin with the battle of political families, producers are particularly keen to get another Palin on the show as Bristol’s route to the finals has sparked massive viewer interest.

A source who wanted to remain anonymous stated,

They’d love Sarah, but they don’t think that will ever happen, so why not go for the dad?

India can play key role at Cancun: US

Press Conference of the President after NATO Summit

NEW YORK - It looks like David Arquette has moved on from his split with wife of 11 years Courteney...

Now, Bill Clinton to star in 'The Hangover Part II'

MELBOURNE - Former US President Bill Clinton has filmed a cameo for 'The Hangover Part II' in Thaila...

LONDON - Former Alaska governor Sarah Palin's new television show, which is yet to be aired, has alr...

LOS ANGELES (GaeaTimes.com)- The media outlets are presently abuzz with the news that Food Netwo...

WASHINGTON - Former Alaska governor Sarah Palin and her husband Todd have rubbished the rumours of a...
Copyright© 2010 The Gaea Times