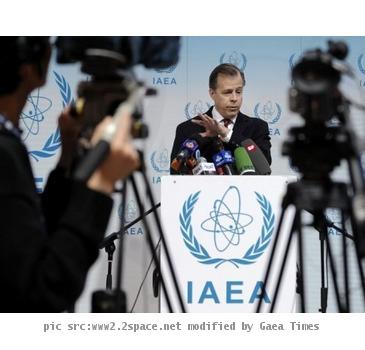 Glyn Davies, the U.S. chief representative to the IAEA, said Tuesday that a number of countries are considering whether to push the agency to investigate.

Like Iran, Syria is suspected of hiding weapons-related nuclear activities and has blocked access to a suspected nuclear site.

“We need to keep the focus very much on Iran — but stay tuned on Syria,” Davies told reporters in London.

He said nations could discuss plans for an inspection of Syria before the end of the year.

Syria has denied ever having a nuclear bomb program.