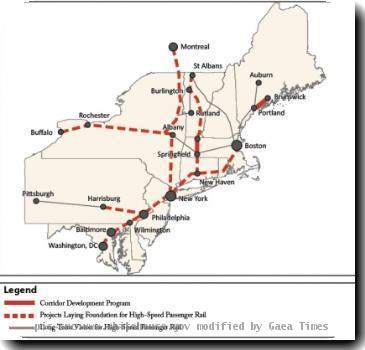 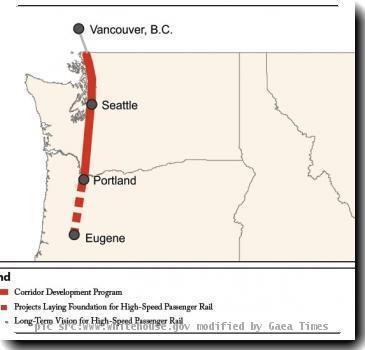 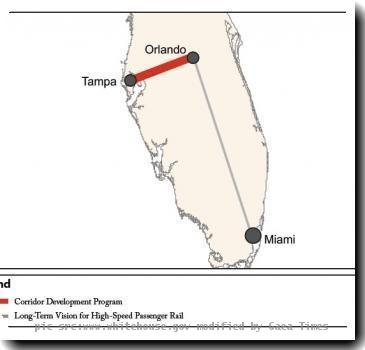 The 467-mile long corridor connecting Eugene, Portland, Seattle and Vancouver, Canada is the backbone of intercity passenger rail in the Pacific Northwest. The American Recovery and Reinvestment Act (ARRA) grants will further enhance service on a corridor where Washington and Oregon have already made substantial investments.

The long-term vision for the corridor is to have a dedicated high-speed track, where trains will operate at up to 150mph, with 13 daily round trips between Seattle and Portland. The region is taking a cost-eective, step-by-step approach towards achieving this vision, by focusing investments on projects that have immediate benefits, but which also lay the groundwork for the future.

Improvements will be made to the corridor using funds from the American Recovery and Reinvestment Act (ARRA) to provide rail passengers in the Pacific Northwest with faster, more reliable and more frequent service.

Seattle - Portland: Two additional daily round trips will be added between Seattle and Portland, for a total six; travel time will be reduced by at least 5 percent; and on-time performance will increase substantially, from 62 to 88 percent. Major construction projects include building bypass tracks to allow for increased train frequency and multiple upgrades to existing track and signal systems. Several safety-related projects will also be funded, including grade separations, positive train control, and seismic retrofits to Seattle’s historic King Street Station.

Portland - Eugene: Investments include upgrading Portland’s Union Station, and engineering and environmental work for track and signaling projects that will increase service reliability and reduce congestion.