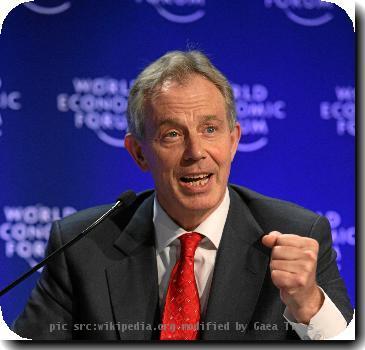 LONDON, UNITED KINGDOM (GaeaTimes.com)- “A Journey”, a memoir penned by the former British Prime Minister Tony Blair is selling like hot cakes. Tony Blaire’s memoir that has only been released last week has already become the fastest selling political memoir in the publishing history. Although the content of the book has provoked anger and protests among many communities, “A Journey” is being counted among one of the all-time political bestsellers.

In the memoir, Tony Blair mentions that it would be a lie if he says that he did not feel sorry for the loss of lives that occurred due to the country’s participation in the Iraq War, but at the same time adds that if asked whether he regrets his decision or not, the answer would be “No”. Tony Blair said “I take responsibility for it, but I can’t regret the decision”.