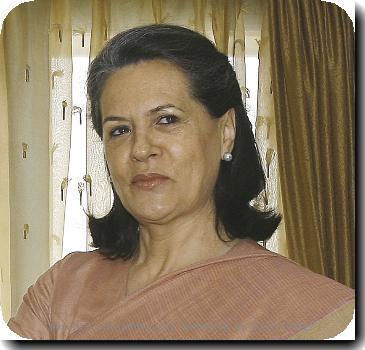 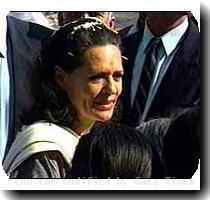 HYDERABAD - The all-party Joint Action Committee (JAC) of Telangana announced plans to call for an indefinite shutdown in the region to mount pressure on the central government on separate statehood while all the state ministers from the region Friday resigned en masse.

The JAC plans to give an ultimatum to the government to make a statement by Monday specifying the time-frame for carving out Telangana state.

Telangana Rashtra Samiti (TRS) chief K. Chandrasekhara Rao mooted the proposal during JAC meeting that an indefinite shutdown be called from Dec 29 if the central government failed to make a clear statement by Monday. It, however, postponed the decision due to lack of unanimity.

Congress leader Damodar Reddy said his party would get back to JAC after discussing the proposal Saturday.

Damodar Reddy told reporters after the meeting that there would be no shutdown till JAC takes a decision.

Congress MP Madhu Yashki Goud said JAC decided against calling the shutdown in view of the 10th day of Muharram falling on Dec 28.

The JAC, which has called for 48 hour shutdown Wednesday, withdrew it Friday in view of Christmas.

The JAC appealed to people to continue protests over the issue in a peaceful manner from the village to district levels.

A day after JAC was formed to run the united movement for achieving Telangana state, differences surfaced in the body as Telugu Desam Party (TDP) stayed away from the meeting Friday.

TDP leaders from Telangana said they would chalk out the future course of action on Telangana on their own as they felt that TRS was dominating the JAC.

While Naidu blamed TRS for the attack on Janardhan Reddy, the latter said he had not filed complaint against anybody.

Another TRS leader N. Narasimha Reddy appealed to TDP leaders of Telangana to join JAC for a united struggle.

Student leaders of Osmania University called on Janardhan Reddy and apologized for Thursday’s attack. They clarified that students were not involved in the incident and promised to welcome TDP leaders of the region at the campus.

Stating that he got a new lease of life, Janardhan Reddy advised students to be peaceful in their protests.

In another development, all 13 ministers from Hyderabad and nine other districts of the region sent their resignations to Congress president Sonia Gandhi.

After a meeting with Chief Minister K. Rosaiah at the state secretariat, Minister for Major Irrigation Ponnala Lakshmaiah told reporters that they took the decision in accordance with the sentiments and aspirations of people of Telangana.

The ministers sent a joint resignation letter to Sonia Gandhi, saying that the recent statement by the central government over the Telangana issue lacked clarity and had led to confusion among people.

They communicated their decision to the chief minister and also to state Congress chief D. Srinivas.

“The chief minister requested us to reconsider our decision but we told them that Telangana is more important for us than the ministerial posts. The Dec 23 statement has hurt us as the centre did not specify any time-frame for formation of Telangana state,” Lakshmaiah said.

Home Minister Sabita Indra Reddy said they would continue to discharge their duties till their resignations were accepted. If the resignations are accepted, the strength of the state cabinet will be reduced to 21.

As many as 64 legislators - cutting across political lines - have so far submitted their resignations to the assembly speaker. There are 119 members from Telangana in the 294-member assembly. Out of 17 MPs from the region, 15 including 11 of the Congress have decided to quit.

One of the Congress MPs Madhu Yashki Goud told reporters here that they would hold further talks with the party’s central leaders Saturday.

“Though Mr Abhishek Singhvi and Mr Moily have assured us that the Dec 9 statement on Telangana has not been diluted, we are not satisfied,” he said.

Meanwhile, protests continued in the region for second consecutive day against the centre’s latest statement which is seen as u-turn on the issue.

The Dec 23 statement came after days of protests and mass resignations by legislators in coastal Andhra and Rayalaseema opposing the Dec 9 announcement to initiate the process for formation of a Telangana state.