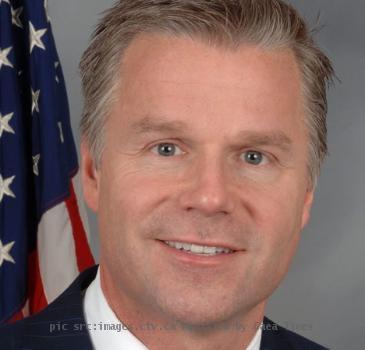 NEW YORK (GaeaTimes.com)- For Republican Christopher Lee the downfall from grace has proved to be all too sudden and unexpected. The Republican found himself in deep waters after a gossip website published his bare pictures that he had sent to a woman on the web earlier. Visibly shocked by the unexpected the revelation the politician wasted no time to express his apology and also said that his first priority is now to settle the matter with his wife. However he disappointed the group of media persons and reporters who had gathered at the Buffalo-Niagara Airport yesterday to get a glimpse of him and possibly get some updates on the sensitive matter. He did not turn up at the airport though. For most of the people his resignation has come as a shocker and most of them are yet to respond to this development.

The political veterans drew the analogy to Eliot Spitzer known for the debacle of his political career earlier. However, a number of political veterans said that he did right by resigning at the earliest. Had he chosen to remain in his seat the Democrats would have got a reason to turn the heat on the GOP. Bob Davis the former chairman of Erie County Republican Committee said in his statement on the issue “I can’t believe this has happened to Chris Lee.”

Christopher Lee’s shirtless image scandal may now give the ruling democrats a chance to retaliate at the GOP. The GOP enjoyed a wave of success after winning the majority in the House of Representatives a few months back and this setback may now thwart their progress. It is not clear who will be taken to fill in the post of Chris Lee.

LONDON - An expert at University of Reading, UK, is examining the use of nanotechnology to restore s...

LONDON - Google has published an online book on "things you've always wanted to know about the web a...

LONDON - Google has agreed to delete all personal data collected by its Street View cars from unsecu...

'20 Things I Learned About Browsers and the Web' From Google

Google's attempt to spread browsers and the web literacy among the average people has paved way ...

MELBOURNE - Coming directly from the sci-fi movie, the US army has the a lethal combination of...

Bacteria disable each other by using 'toxic darts'

WASHINGTON - Scientists have said that patients undergoing plastic or reconstructive surgery should ...

Cholesterol-busting pill could save heart victims

LONDON - A cholesterol-busting pill that cuts the risk of heart attacks and strokes is being develop...