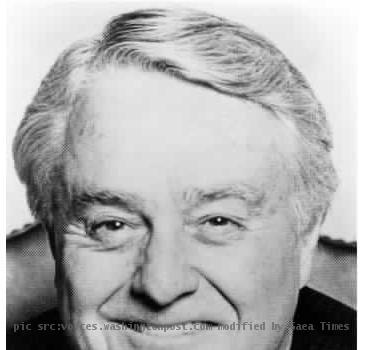 MARYLAND (GaeaTimes.com)- The founder of peace corps, and renowned congressman, Sargent Shriver left for the heavenly abode in Maryland, at the age of 95. He was admitted to a Suburban Hospital in Bethesda, on Sunday, where he left his breathe.

He has been suffering from Alzheimer’s disease since 2003, but his condition started deteriorating ever since his estate in Potomac, was sold last year. After the news of his death broke off, president Barack Obama, recalled him as “one of the brightest lights of the greatest generation”. Even other important politicians expressed their sense of loss. He was the brother in law of ex-president of United States John F. Kennedy and Edward Kennedy. Patrick Kennedy, his nephew, and famous congressman, appreciated his late uncle, Sargent Shriver by saying that he was a very accomplished man, said that Sargent Shriver lived with lots of love and dedication for his family that included his wife and five children. He said that what he loved the most about Sargent Shriver was that, he has always been his aunt’s champion. He added that most of the time people say that there is always a woman behind a successful man, but in case of his aunt Eunice Kennedy Shriver, who was the founder of Special Olympics, it was her man behind her success.

One of his family member said in a statement after his demise that Sargent Shriver was a man with love, enthusiasm, energy and commitment. He aimed to make the world a better place to live, keeping his family in the center, the source added. The great politician was quite active in his profession until 2003, when Arnold Schwarzenegger, became the Republican Governor of California. After attending his inauguration as the governor, Sargent Shriver started avoiding the political turbulences as he succumbed to his poor health and the wrath of old age.

NEW DELHI - With a double-digit food inflation, the increasing food prices will be the biggest conce...

Correction: Staples On the Call story

Last Carnegie Hall resident forced out of towersNEW YORK â All of her neighbors are gone, force...