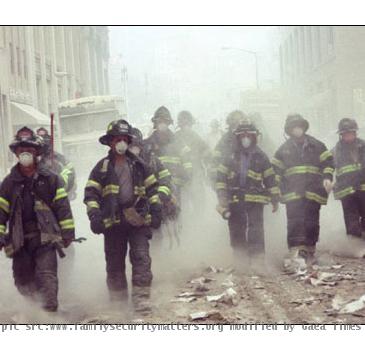 WASHINGTON (GaeaTimes.com) — A bill regarding the medical compensation and other subsidiary benefits to be provided to the emergency workers who responds to situations as such the 9/11 massacre failed Thursday.

The bill has been named after the brave New York Police Department detective who had worked in the toxic plume at ground zero. Reportedly it amounts to $7.4 billion which the Republicans claim to be “too high”.

It required a minimum of 60votes for the bill to be sanctioned but the results came up to be slight short at 57-42. A havoc like the September 11, 2001, terrorist attacks demanded a number of workers to serve the nation taking life risk and as a matter of fact it is logical for them to receive some benefits for taking up such challenges. Previously the bill had been passed by the house on a mostly partisan 268-160 vote.

New York Mayor Michael Bloomberg seemed pretty much upset about the procession of the events and said it to be, “a tragic example of partisan politics trumping patriotism.”

I urge Senate Republicans to reconsider their wrong-headed political strategy and allow the bill to come to the floor for a vote..

What Tiger Woods' mistresses have been up to after scandal?

WASHINGTON - A look at the women who were linked to professional golfer Tiger Woods has revealed tha...

NEW YORK - Relatives of two New Yorkers murdered at a Hasidic center during the 2008 terror attacks ...

Anderson has no intention of doing a Harmy repeat at Gabba

MELBOURNE - Jon Bon Jovi is set to take the stage for 300 guests being flown out for Oprah Winfrey'...
Copyright© 2010 The Gaea Times