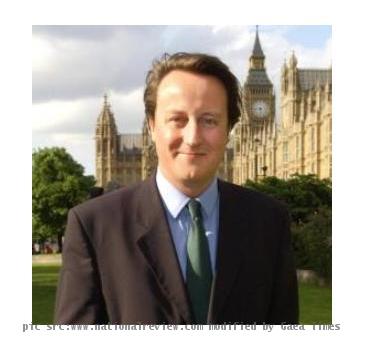 NEW DELHI, INDIA (GaeaTimes.com) — British Po is to visit India accompanied by athletic personas. He will be accompanied by a 100 member delegation. The British claim India to be a rising Asian Power. They want to forge strong bonds with the country keeping the future in mind. As of now, the visit is more concerned with Commonwealth Games 2012 to be held at New Delhi.

Cameron is here for discussion on security provisions for Common Wealth Games. He will also be visiting the ground that has been prepared for the Event.Legendary middle distance runner Sebastian Coe, who won the 1,500m gold medal at the 1980 and 1984 Olympics, Coe, a former Tory MP and Chairman of the London organizing committee for the 2012 Olympics will also accompany him among others.

This is not Cameron’s first visit to the country. Previously he visited India and even wrote a blog to mark his visit. Anybody interested to read his experiences can click here.