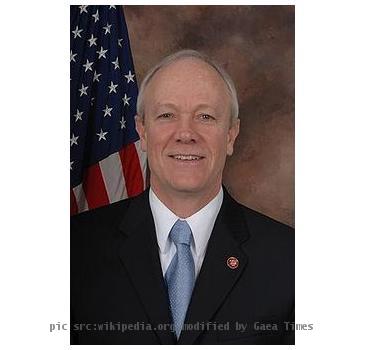 WASHINGTON (GaeaTimes.com)- U.S Rep. Jerry McNerney certainly was one out of his group when it came to the Bay Area House members’ turn for voting with regard to the extension of the Patriot Act. The bill for the extension of the 2001 Patriot Act has stirred quite an uproar after it got rejected on Tuesday night at the U.S. House of Representatives. Rep. Jerry McNerney was the only House member from the Bay Area to have voted in favor of the extension, whereas others gave a negative response to the proposed bill.

House members from Bay Area who did not vote in favor of the Patriot Act extension included Reps. Lynn Woolsey, George Miller, Nancy Pelosi, Barbara Lee, John Garamendi, Pete Stark, Anna Eshoo, Mike Honda, Zoe Lofgren and Sam Farr. Reps. Jackie Speier, D-Hillsborough however, did not vote. Rep. Jerry McNerney, however, did not hesitate to break free from his pack when it came to the question of the Patriot Act, something that came into operation after the 9/11 attacks. It is set to get over on February 28, for which the White House is trying hard to obtain an extension for its powers which will stay until December.

Rep. Jerry McNerney’s spokesperson Sarah Hersh divulged that the congressman wants the legislation to think of the country’s security issues for which it must grant a permission for the addition of surveillance powers to the Patriot Act which will help the United States to combat the notorious issue of terrorism. The bill failed to obtain a passing away since it could not achieve a majority of two-third in the U.S. House of Representatives.

LISBON - NATO leaders have decided that the alliance should set up a system to shoot down ballistic ...

NEW DELHI - The Prime Minister, Dr Manmohan Singh, has condoled the passing away of noted Gandhian ...

MUMBAI - The marriage between Sara Khan and her beau Ali Merchant on "Bigg Boss 4" was nothing but "...