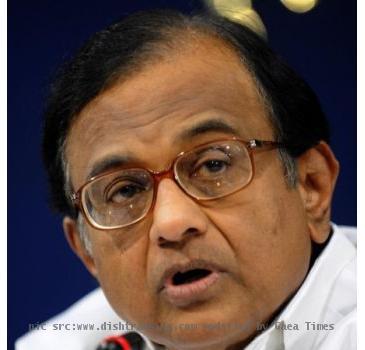 BANGALORE, INDIA (GaeaTimes.com)- The union Home Minister P. Chidambaram today lambasted the Bharatiya Janata Party for calling an impromptu bandh in Karnataka and making a mess of the public life in the state. The party took exception to the decision taken by H.R. Bhardwaj, the governor of the state to prosecute Chief Minister B.S. Yeddyurappa for allegations of corruption. The Home minister did not sound diplomatic while speaking on his displeasure on the response of BJP and said it is neither acceptable nor correct.

He said that he agrees with the decision taken by the governor of Karnataka and added that it is not unconstitutional for a governor to sanction the prosecution of the Chief Minister. He said corroborating his stand ‘It is not the first time that a governor has given his sanction to prosecute a chief minister or a minister. The law in this respect is clear and well-settled’. The Home Minister also said the government of the state is obliged to ensure the safety of the citizens in the times of a bandh. The incidents of clash and violence in Karnataka have been reported by TV channels and media entities sparking tension in political circles. The common people as usual are at the receiving end in the state.

P Chidambaram also said on the Karnataka bandh that G.K. Pillai the union Home Secretary has been asked to keep in touch with police chief of Karnataka and the chief secretary for updates on the condition. On Friday night the governor of Karnataka gave approval for beginning of criminal proceedings against the Chief minister.

NEW DELHI - Both houses of parliament were Tuesday again adjourned for the day as the opposition con...

At 64, ex-IAF man goes back to college

ROBERTSGANJ - He is a retired Indian Air Force (IAF) serviceman with two grown-up sons who are well ...

NEW DELHI - Swine flu cases have come down significantly with only about 22 cases and one death bein...
Copyright© 2011 The Gaea Times