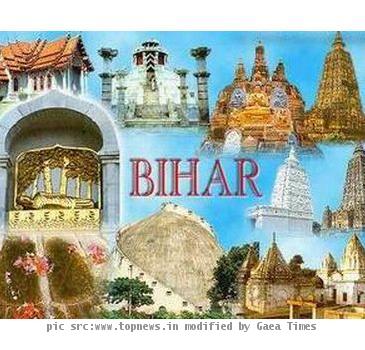 PATNA - More than four million people in 35 constituencies defied the Maoist boycott Tuesday to vote in the fifth and penultimate phase of the Bihar assembly elections that was largely peaceful except for Maoists torching a bus and minor clashes.

An estimated 53 percent of the 8.1 million electorate eligible to vote in this round exercised their franchise by 5 p.m. when voting ended in the eight drought-hit districts of Gaya, Patna, Nalanda, Bhojpur, Arwal, Jehanabad, Nawada and Sheikhpura, officials said.

Balloting in 14 of the 35 constituencies in Maoist affected areas ended by 3 p.m. The 490 candidates in round five of the elections to the 243-seat assembly included ministers Hari Narayan Singh, Prem Kumar, Jitan Ram Manjhi and Bhagwan Singh Kushwaha.

“People lined up to cast their votes early morning. It was a peaceful election despite the fact that elections were held amid threats of Maoist violence,” he said.

According to official sources, the defiance of the poll boycott call was evident as better than expected turnout was recorded in all Maoist-affected constituencies.

“It is a big relief. The polls were by and large peaceful though Maoists torched a bus. It was an attempt to create terror. Minor clashes and attempts to disrupt voting at a few booths were also reported,” Neelmani told IANS.

He said central paramilitary force personnel manned 90 percent of the booths in the Maoist-affected constituencies and officials of the Special Task Force maintained air surveillance.

More than 280 troublemakers were arrested to ensure a peaceful ballot. Amongst those nabbed was former minister and Congress leader Aditya Singh, held along with his supporters at a polling booth in Nawada district.

According to police officials, armed Maoists set a bus afire near Jaipur village in Gaya district, considered a Maoist stronghold. Minor clashes were reported between Rashtriya Janata Dal (RJD) supporters and those of the ruling Janata Dal-United (JD-U) and its ally Bharatiya Janata Party (BJP).

In some places, electronic voting machines (EVMs) broke down delaying the elections. In Bhojpur district, some miscreants fled with an EVM while another was damaged in Nalanda district.

According to reports, voters in over a dozen villages boycotted the elections and shouted slogans, saying they would not vote because of lack of development in their areas.

With only one more round to go before the elections conclude, this election was considered crucial for Chief Minister Nitish Kumar as well as for his rival, RJD supremo Lalu Prasad.

The first four phases had also passed off peacefully except for stray incidents of violence. The last round will be held Nov 20. Votes will be counted Nov 24.