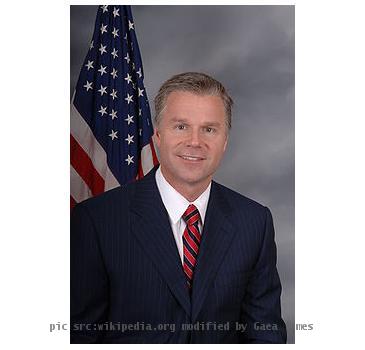 NEW YORK CITY (GaeaTimes.com)- Christopher Lee’s sudden resignation has not only left many Republicans in state of shock, but also given them reasons to worry for the next suitable candidate to fill in the vacancy. The former Congressman on Wednesday announced that he was quitting from the U.S House of Representatives after his name came up in a scandal involving some of his semi-nude pictures over the web, said to have been sent by him to a woman. The situation in New York is likely to remain tense until the next person for the post is being selected.

Two top candidates who would be battling for the post are going to be Jack Quinn III and Jane Corwin. Sources revealed that New York City Governor Andrew Cuomo has already announced for a soon-to-be held election where it would be decided who would be the immediate successor of Congressman Christopher Lee. Although, a Republican majority district, Democrats have also been eying the post. Erie County Democratic Chair Len Lenihan in an interview said that Kathy Hochul and Mark Poloncarc are two suitable candidates whom they are planning to incorporate in the race. On being questioned former State Assemblyman Jack Quinn III clearly expressed his intentions of contesting in the race saying that he will definitely work hard for it.

As per sources, Clarence State Assemblywoman Jane Corwin is also being considered as a suitable candidate for the post as revealed by former Erie County Republican Chair Bob Davis who revealed how shocked he was to know of Christopher Lee’s resignation. Other suitable candidates for the post include Assemblyman Jim Hayes of Amherst, and Monroe County Executive Maggie Brooks, State Senator George Maziarz, and former Niagara Republican chairman Henry Wojtaszek.

LONDON - An expert at University of Reading, UK, is examining the use of nanotechnology to restore s...

LONDON - Google has published an online book on "things you've always wanted to know about the web a...

LONDON - Google has agreed to delete all personal data collected by its Street View cars from unsecu...

'20 Things I Learned About Browsers and the Web' From Google

Google's attempt to spread browsers and the web literacy among the average people has paved way ...

MELBOURNE - Coming directly from the sci-fi movie, the US army has the a lethal combination of...

Bacteria disable each other by using 'toxic darts'

WASHINGTON - Scientists have said that patients undergoing plastic or reconstructive surgery should ...

Cholesterol-busting pill could save heart victims

LONDON - A cholesterol-busting pill that cuts the risk of heart attacks and strokes is being develop...