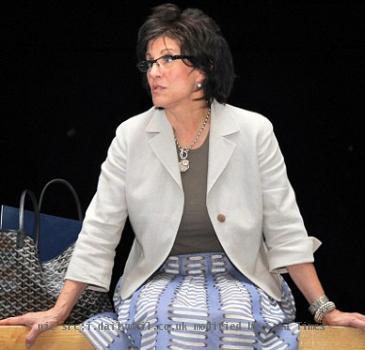 WASHINGTON (GaeaTimes.com)- Cynthia Stroum, the former U. S. Ambassador has been blamed for under-performance while she was serving her post. The ex-Ambassador resigned from her post in January 31 and just after a week State Department officials have issued a report where it is stated that Cynthia Stroum’s management style was “confrontational” and hence there was no sense of direction as well. The report states that the Luxembourg embassy became a state of “dysfunction” under her leadership.

Before her retirement from her post, Cynthia Stroum said that she wants to spend more time with her family. On the other hand, the State Department’s report, which was issued on Thursday stated that the former Ambassador’s management was “abysmal”. However, the report stated that Cynthia Stroum resigned for some internal problems and it has nothing to do with policy advocacy. Moreover, it has also been reported that near about four staffs resigned and many wanted to get a transfer from Afghanistan to Iraq while she was on her tenure. The State Department’s report also stated that her abusive management style lead to the deficiency in her leadership.

Cynthia Stroum has also been accused of criticizing her colleagues in public and also those who questioned her, they had to face adversities in their career as well. People who challenged her had to face verbal abuse and they were also threatened by her, the report said. Moreover, Cynthia Stroum also made improper expenses on wine, travel and liquor worth $3,400. Her colleagues said that she was “aggressive, bullying, hostile, and intimidating” and hence they had to work in a difficult and unhappy environment while she was serving her post.

LOS ANGELES (GaeaTimes.com)- Being a reality star is a challenge and Cynthia Bailey is the lat...

WASHINGTON - Women suffering from anorexia are much more likely to have unplanned pregnancies and in...

WASHINGTON - Women with anorexia nervosa are much more likely to have both unplanned pregnancies and...

WASHINGTON - A beer distributor in California has landed in hot water after angering the Wiccan comm...

LONDON - The key to good health, energy and long life could be as simple as cutting down on your car...

Remarks by the President in a Youth Town Hall

WASHINGTON - A US federal judge has ordered a worldwide halt to enforcement of the Defence Departm...

Cynthia Bailey To Appear In "Real Housewives Of Atlanta" Episode 2

LOS ANGELES, (GaeaTimes.com)- Many people were eagerly waiting to have a glimpse of the sult...
Copyright© 2011 The Gaea Times