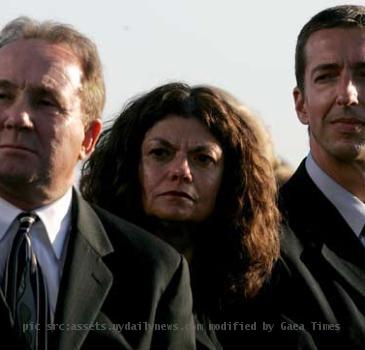 NEW YORK (GaeaTimes.com)- In the memory of his loving father Ronald Reagan, his younger son, Ron Reagan is all set to release a new book “My Father At 100″, where he stated that his father has possible traits of Alzheimer’s disease while he was serving his post as the President of United States. However, the adopted son of Ronald Reagan, radio host Michael Reagan has strongly criticized his half-brother’s comments and said that these statements are nothing but the embarrassment to the family. Michael Reagan wrote on the homepage of his social networking site that Ron Reagan was an “embarrassment” to his father when he was alive and after this book, he has become an embarrassment to his mother as well.

Michael Reagan refuted his brother’s claim and stated that Ron Reagan is attempting to sell out his father to make a goods business for his books. The radio personality also appeared in a reputed chat show where he said that over the years, he has heard people speaking about the fact that Ronald Reagan had Alzheimer’s disease when he was serving his post as U. S. President and “discount the great job” that his father has done for the country.

Michael Reagan said that it came as a shock to him when his brother agreed to what other people said and claimed that he also feels that his father had Alzheimer’s disease. On the other hand, The Ronald Reagan Presidential Foundation called the book to be called as a tribute to a father by his son. However, in a statement, The Ronald Reagan Presidential Foundation officials also maintained that Ronald Reagan was not affected by Alzheimer’s disease, till he left the White House.

'The Chronicles of Narnia 3' to release in India before US

NEW DELHI - Indian fans might be ecstatic to know that the third in the Narnia series, "The Chronicl...

'The Chronicles of Narnia 3' to release in India Dec 10

NEW DELHI - The third in the Narnia series, The Chronicles of Narnia: The Voyage of the Dawn Treader...

Tareq And Michael Salahi Not Much In Demand?

Michael Bolton: "Dancing With The Stars" Next Voted Out

LOS ANGELES (GaeaTimes.com)- "Dancing with the Stars" season 11 kicked off last week and on Mond...

$19 million bagged by 'Wall Street' in the weekend

LONDON - Singer Robbie Williams has revealed that he was wary of releasing a cover of George ...

NEW DELHI - Amid the disappointment of dropping 22 places to 160th in the FIFA rankings, there was f...
Copyright© 2011 The Gaea Times