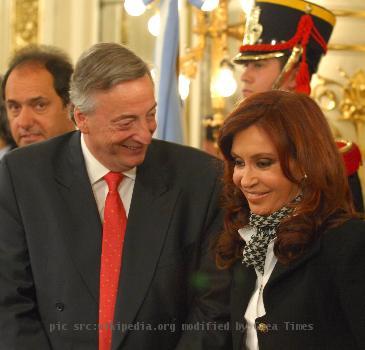 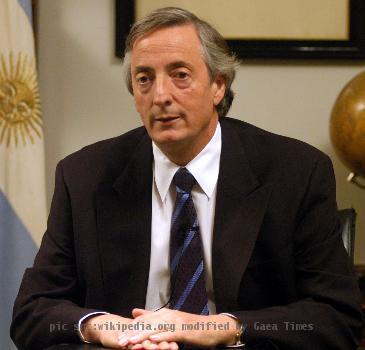 BUENOS AIRES (GaeaTimes.com)- The former President of Argentina and husband of Cristina Fernandez de Kirchner, Nestor Kirchner breathed his last yesterday near his home in the Patagonian city of Calafate. His doctor Luis Buonomo confirmed the news saying that the former President had a cardiac arrest yesterday. Nestor Kirchner was operated in September for his heart problems and the media outlets reported that the whole country is in a state of shock following the death of a veteran political leader. Nestor Kirchner is survived by his wife and two children, Maximo and Florencia. He was 60 year old.

Canadian Prime Minister Stephen Harper expressed his condolence by saying that he was deeply saddened by the loss of Nestor Kirchner. The Canadian Prime Minister offered his deepest condolence and said that the death of the former president is a “significant” loss to the country. He said that their thoughts and prayers are with the Argentina. The prominent political figures from all over the country expressed their condolences at the unfortunate demise of Nestor Kirchner. However, his wife and current President of Argentina, Cristina Fernandez de Kirchner was unavailable for any comments.