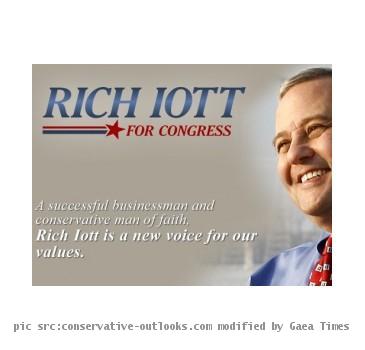 WASHINGTON (GaeaTimes.com) — Rich Iott, a GOP candidate from the 9th District in Ohio is under a lot of criticism as he has worn a Nazi uniform during a group’s portrayal portraying the World war 2.

Atlantic magazine revealed a picture that showed Iott wearing a German SS uniform along with his colleagues. Though the tea party supported candidate for Congress claimed that the picture called Wiking was taken during his bonding time with his son, but his photo was received by the professors and some candidates by harsh criticism.

Rich Iott disapproved any belief of him in the tenets of Nazism.