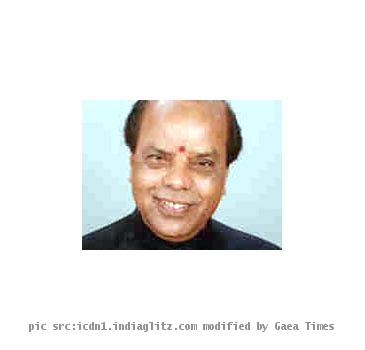 TANJAVUR, INDIA (GaeaTimes.com)- S.S. Chandran, the Deputy Propaganda Secretary of AIADMK passed away on Friday night due to a cardiac arrest. The actor turned politician was on a visit to Mannargudi near the Thanjavur district in the state of Tamil Nadu where he suddenly became unwell and subsequently breathed his last. The noted AIADMK politician who also served as a Rajya Sabha MP, was 69 at the time of his unfortunate demise. He is survived by his wife and two sons as well as a daughter.

According to party insiders, S.S. Chandran had gone to Mannargudi in Tamil Nadu in order to meet few party cadres. However, on Friday night when he got back to his hotel room, he complained of having breathing troubles and uneasiness due to which he was taken to a nearby hospital without any delay. However, at the medical facility, the 69-year-old AIADMK leader was pronounced brought dead owing to a heart attack. On Saturday morning, his mortal remains were brought back to Chennai so that his family, friends and party members could pay their last respect.

Since the news of S.S. Chandran’s death spread, condolences have been pouring in from various quarters. According to sources, the 69-year-old AIADMK was a heart patient and is known to have undergone a heart bypass operation last year. Apart from his political career, S.S. Chandran was also an established actor in Tamil cinema and made a name for himself as comedy artist. Over the span of his acting career, the actor turned politician is known have been part of as many as 800 movies while also producing four films.