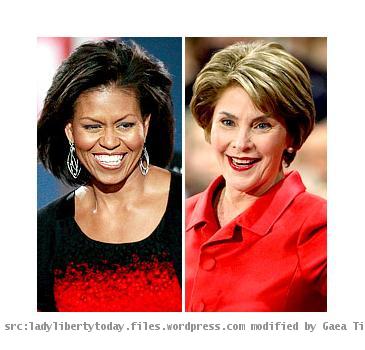 PENNSYLVANIA (GaeaTimes.com) — On the ninth anniversary of the tragic 9/11 attacks, Pennsylvania will see Michelle Obama and Laura Bush together. The First Lady Michelle Obama and predecessor Laura Bush will appear in Shanksville, Pa, where United flight 93 was crashed down on September 11, 2001, after the passengers fought against the terrorists.

According to the National Park Foundation, they will be joining the ceremonial event that show honor to the ill-fated 40 passengers and crew of United Flight 93. The ceremony will be held at the Western Overlook at the future site of Flight 93 National Memorial.